Most companies tend to reduce their spending during the economic slowdown. But US technology giant International Business Machines (IBM) seems to regard the downturn as a critical time to invest. 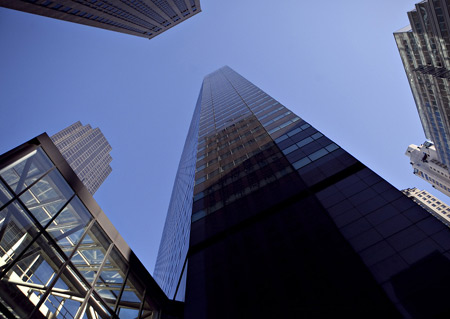 Marc Chapman, general manager of IBM Global Business Services for the Greater China Group, said the demand for consulting has actually increased during the current economic slowdown, since many companies in bad times tend to focus more efforts on integrating their existing operations.

"Many companies were just building up their scale during the past few years when markets were growing," he said.

"But the economic slowdown is giving many companies opportunities to turn their efforts to integrating infrastructure and information technology to get more productivity, which allows them to create a foundation for the next cycle of business growth," Chapman said.

Chapman said China still has great potential to grow, since most provinces each boasts a population that is much bigger than that of a European country.

He said many Chinese companies such as Huawei Technologies and ZTE are growing to be international in size.

"We are totally convinced that by 2020, there will be as many Chinese companies on the Fortune 500 as US companies," Chapman said.

After phasing out hardware manufacturing in the past decade, IBM has been refocusing on software and information services.

In 2002, the company acquired PricewaterhouseCoopers Consulting, making a foray into the business consulting business.

In its third-quarter report this month, IBM announced a 14 percent increase in net income, beating earlier estimates from analysts.

The company also improved its profit margin in the service business by shifting more work to emerging markets such as China.

"We have already started to move workloads to China. That will give us an extra advantage when we grow in the country," he said.

That, Chapman said, gives IBM a great opportunity to bring its "Smarter Planet" strategy to China.

IBM earlier this year announced the Smarter Planet campaign, which will use information technology to help companies and government organizations run more efficiently.

"Using the Internet and technology, we can solve traffic problems or water or population problems," Chapman said.

Chapman said that during earlier technology booms, a period of "infrastructure build-up" would be followed by a crash.

"But right after the crash, there was a sustained period of innovation to use the infrastructure that had been built," he said.

Chapman said the crash of the computing and communications sectors is now going to lead to a sustainable period of growth that will capitalize on that infrastructure.