5 Trends for Workstation Hardware in 2022

Our crystal ball’s a little cloudy, but here’s what we could make out.

2021 was an interesting year. It wasn’t quite as interesting as the year before it—thank god—but 2021 certainly kept us on our toes. Between political turmoil, pandemic uncertainty, ongoing supply chain challenges, and Squid Game, we could never really tell what was coming next. And while we hope 2022 will be the high point of this decade so far, it would be downright hubris to suggest we have any idea what to expect this year.

Here are five trends to expect for workstation hardware in 2022.

1 – You’ve Got to Fight For Your Right to Repair

The Right to Repair movement will hopefully continue the momentum it picked up last year. The notion of end users being able to service their own property seems uncontroversial on its face, but the makers of said property disagree, and some have made it all but impossible for their customers to fix anything on their own.

This battle between OEMs and users spans industries, from automotive to agricultural equipment, and it’s been gaining increasing attention in the world of consumer electronics as well. Phones, tablets, and laptops are the main offenders. For our deep dive into one manifestation of this issue, check out The Microsoft Surface Swollen Battery Problem. 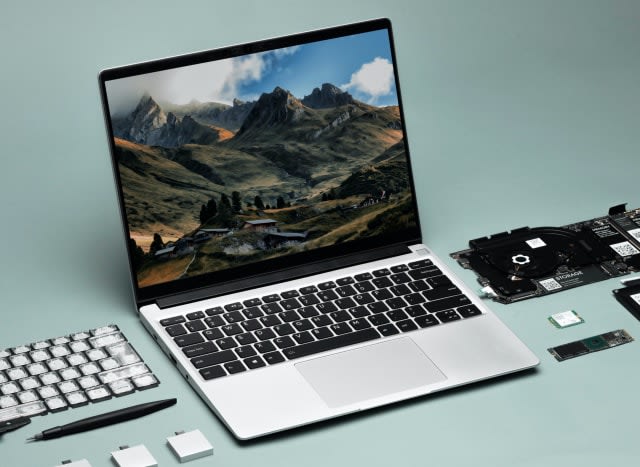 But 2021 saw some shifting attitudes from the maker side, including idealistic startup Framework. The company was founded by Nirav Patel, a former Oculus hardware engineer who sought to make laptops that were designed to be upgradeable and repairable. The Framework Laptop was a fully modular, fully serviceable computer that shipped with a screwdriver in the box (both a useful tool and a provocative signal to the OEMs who don’t even include a charger in the box, let alone a screwdriver).

“It’s time for long-lasting products that respect your right to repair and upgrade,” declared Patel. Though we haven’t gotten our hands on a Framework Laptop yet, by all accounts the computer has lived up to its promise while emphasizing that repair restrictions are not an unavoidable part of consumer electronics.

With users and industry taking note of changing tides, expect the fight for repair to continue in 2022.

We’ve all had fun working from home for the past two years, except for those of us who are completely sick of it, as well as those who don’t have the luxury to do their jobs in their pajamas. Regardless, the concept of remote work is not going away in 2022, though it may manifest itself as simply one part of a hybrid home/office paradigm.

How to cope with this new hybrid paradigm? One of the most promising approaches is that of the remote desktop, a powerful workstation that can be accessed via a lightweight laptop (a so-called thin client) or even a dedicated system the size of a hockey puck and with not much more computing power (a zero client). 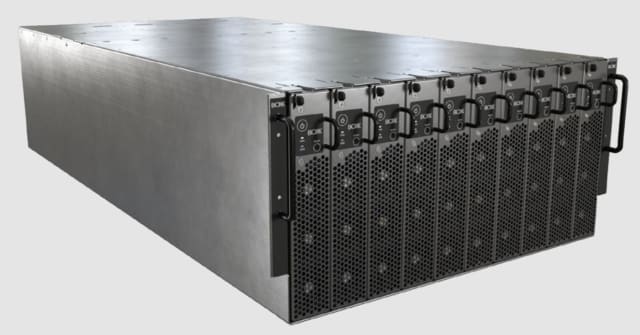 At the beginning of 2021 we reviewed the BOXX FLEXX, a rack-mountable server system that hosts up to 10 remote engineering workstations. Users connect to these workstations with the Teradici PCoIP remote desktop protocol. The FLEXX opened our eyes to the increasing capability of remote desktop solutions, even for high performance graphical workflows.

We weren’t the only ones to take notice of this phenomenon— HP bought Teradici later in the year, and Unity bought Parsec, another protocol provider. It turns out there’s a lot of remote desktop protocols on the market, and if you’re thinking about remote solutions, it wouldn’t hurt to read our research report on the subject: What is the Best Remote Desktop Protocol for Engineers?

We expect you’ll be hearing a lot more about remote desktops in 2022.

The pandemic precipitated a shift in attitudes to mobile workstations. Rob Herman, General Manager of the Workstation and Client AI Business Unit at Lenovo, pointed out a reversal in sales between mobile and desktop worldwide.

Lenovo and its competitors took note of this switcheroo in a big way, with last year seeing major updates to mobile workstations across the industry. We saw professional laptops shipping for the first time with PCIe 4.0, 5G connectivity, 120 Hz displays, 16:9 aspect ratios, and SuperSpeed RAM, among other upgrades. But in our opinion, the most interesting change across the board was a step change in graphics options. 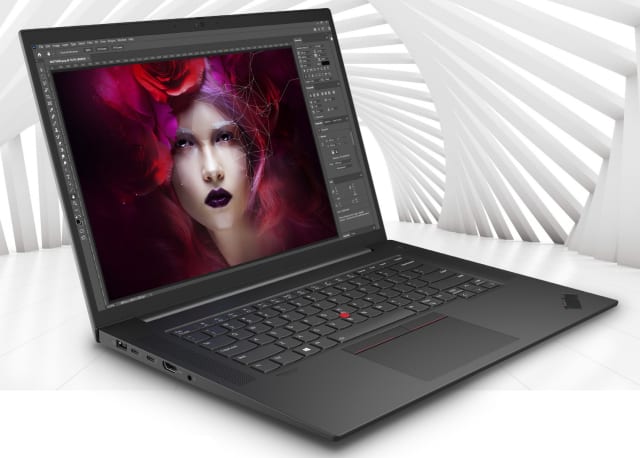 Take the Lenovo ThinkPad lineup as one example. The Lenovo ThinkPad P1 is the company’s premium thin-and-light laptop, and 2021 saw the fourth generation of the device. For the first time, the lightweight ThinkPad P1 could be equipped with NVIDIA RTX graphics, all the way up to the top-of-the-line NVIDIA RTX A5000 mobile graphics card. That’s the same card offered in the beefier ThinkPad P15 and P17 models, and while it runs at less power than in those bigger machines, the fact that it fit in the P1 at all was a significant step up for mobile workstations.

The gap between a stylishly slim laptop and a workhorse mobile workstation is narrowing, and we think 2022 will thin it further still.

Speaking of graphics cards, don’t expect anyone to stop speaking about them in 2022. It truly is impressive how far graphics cards have come, even in the last few years. We’ve already begun taking fast photorealistic rendering for granted. Simulation software is using graphics cards to great effect. Graphics cards have also transcended their namesake, with professional cards dedicating significant chip space to machine learning acceleration.

NVIDIA, still the dominant player in professional graphics hardware, seems to be unsatisfied with how the usual software developers have capitalized on its cards. In 2021, NVIDIA released an ambitious software platform it called NVIDIA Omniverse, which takes full advantage of NVIDIA RTX graphics cards for large scale 3D collaboration and simulation. By large scale, we mean that NVIDIA has plans to use the platform to create a digital twin of the entire Earth. Partners like BMW are a little more restrained, with the automaker settling for a digital twin of its factory of the future instead. 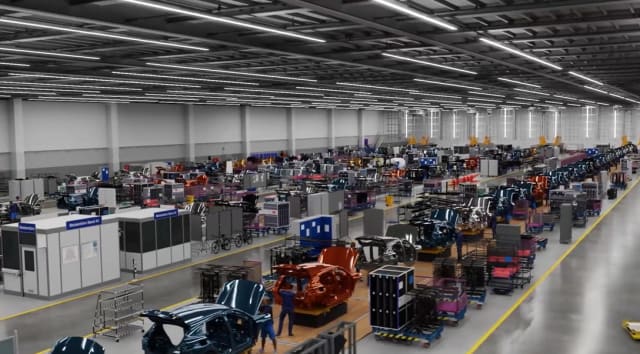 The BMW factory of the future, developed in NVIDIA Omniverse. (Source: NVIDIA.)

In 2022, graphics cards will be a main focus for hardware and software providers alike.

Ah, reality. That place we all are. It’s got a few cool things, like sunsets and all-you-can-eat sushi, but it’s a little vanilla. Very 10,000 BC. This is 2022, and we need more. This year we’ll continue to explore XR—the handy stand-in for AR, VR, MR, or any other type of R—but the exploration will continue to go slowly.

We’ve seen interesting applications of augmented, virtual, and mixed reality over the past several years, and lots of new technology in 2021. From new headsets to new takes on motion tracking, there has been no lack of novelty in the XR space. But we are undoubtedly in the slope of enlightenment phase of XR tech, steadily making progress while toning down the hype of recent years. No, we’re not all wearing smart glasses and relaxing in our personal holodecks, but most of us foresee XR ramping up in our work and personal lives as the technology trudges on. 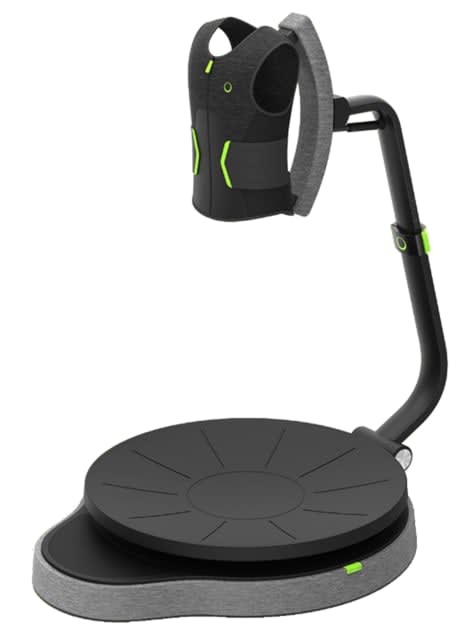 The Omni One omnidirection treadmill for VR. (Source: Virtuix.)

Here’s one tangible XR prediction for 2022: Apple Glasses will be announced this year. It’s an open secret that the world’s most valuable company is making its own smart glasses. If this is indeed the year Tim Cook finally shares them with the world, we’ll know the XR tortoise has passed the sleeping hype hare.

3 battlegrounds where NEVs will fight for future