Across the global supply chain, the integrated circuit shortage has set back production in a number of industries. One consequence of the shift from hardware to software in advanced control systems for everything from airliners to washing machines has been tight supplies of critical semiconductors. In addition, as general-purpose processors have given way to highly specialized devices for applications such as smart phones, driver assist systems and IoT consumer goods, the industry is faced with a classic manufacturing problem: producing a high mix of product at sufficient volume to control unit costs. In production, testing of semiconductors can be a rate-determining step in mass production.

How can developers of test equipment cope with this spiral of high precision and high-speed, with more parameters to test than ever before? The answer is to use the advanced semiconductor technology of the tested chips in the testers themselves.

To find out more about the role of testing in today’s semiconductor industry, we spoke with Simon Leigh, Vice President of Engineering at ElevATE.

“We've seen a lot of supply chain issues obviously, with COVID-19 and everything else, and those show up in many different ways,” said Leigh.  “Each product in the semiconductor industry may be suffering on different fronts, whether it's getting through the foundry, or packaging, or other parts of the production process. We're all kind of dealing with those same supply chain pressures. Companies that can be nimble and creative and work around those problems are the ones that will do well. We enjoy working with innovative and fast-paced companies that can solve those problems, because we are a company specialized in ICs for the test industry. We can offer new features in product adaptations quickly, which can sometimes solve some of those issues.”

In the early days of semiconductor manufacturing, the process was vertically integrated. Semiconductor manufacturers owned and operated their own wafer manufacturing facilities, and also carried out assembly and testing of the chips. However, as gate sizes decreased, and simple photolithography gave way to more complex and expensive processes, barriers to entry led to a bifurcation of the industry: custom, short run players with high manufacturing costs, and large companies whose high volumes made them captive to the whims of global retail markets for consumer electronics.

The logical evolution of the industry was the separation of the design and production functions. This has resulted in an explosion in the fabless model of semiconductor manufacturing, in which microchips are fabricated by a supplier, not by the company that designs and sells them. The result has been special growth in the variety of specialized ICs, making the test and validation function more difficult. One size does not fit all.

Leigh expanded on these changes to the industry. “Fabless manufacturing today is very much the case for all but the very few companies, such as Intel, that can afford to invest the massive amounts of money that it takes to build a fab. When fabs cost multi-billions of dollars, companies just can't do that anymore on their own. We start to see some interesting things with foundries where companies may work together to share a fab or invest in a fab for some benefits. We've seen companies like TSMC do really well as a company that is very specialized in supporting fabless semiconductor companies. Those companies have also supported companies like ours, by offering various services that reduce the cost to develop ICs.” 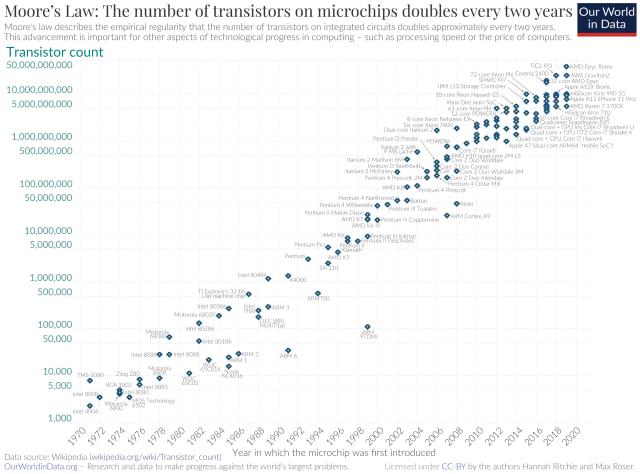 “As these technology nodes change, the cost for an asset increases almost exponentially. Back in the day, if you were doing 0.5 micron technology, the mask cost wasn't that high, but now as you get down to these ultra-small geometries, five nanometer or three nanometer for example, the mask cost is incredibly high,” said Leigh. “The ability to reduce and share those costs is something that the foundries have really been working on to support these small companies and still have the ability for startups to appear in this space, so that our industry is not just monopolized by the big companies.”

The problem for smaller companies can be acute. Where production runs of millions are anticipated, as for components in the consumer goods industries, high infant mortality or a high failure rate during burn-in at production startup can be corrected, and costed into a large, profitable production run. But what if your semiconductor market is in the thousands, not millions? Ironically, smaller companies frequently have a more difficult and demanding testing challenge than large ones, with less time and money available to hit reliability targets—and this is reflected in their testing methodologies.

“These days, you absolutely want to test above and beyond what you might expect to see in the field. You want to make sure that if those parts are taken to higher voltage stresses or used in different ways than you expected, that they are either not going to fail or that if they go out of spec, that they do so gracefully and they return to spec once they reach a safe operating zone,” explained Leigh.

“Test has become incredibly complicated, particularly as the IC industry has grown and learned more and expanded. Automotive, medical devices, those industries didn't used to feature ICs as much as they do these days, so there needs to be a high quality to support those industries. The failure rates in those industries have to be extremely low. That really drives a lot of the test space to improve and do better,” he added.

For ElevATE, which services semiconductor companies in order to drive production improvements in the test process, specific needs frequently require creative solutions. While some customers are cost focused, others need to test and validate specific unique functionality.

For Leigh’s team, it’s a balancing act of innovation. “Because we're very focused on ATE, we can be very nimble and creative and innovative to give the customers what they need. Often a customer might come to us and say, ‘Okay, well we want to test at twice the speed we did before, but there's no part that can do that. Or that can do that cost effectively. Or under this power budget.’ Other customers may just want to be able to test twice as many parts in their tester than they did before.” 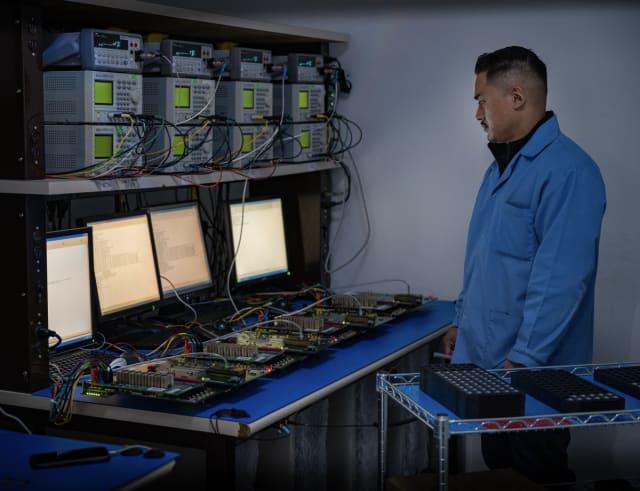 Leigh sees several general industry trends in 2021/2022. First, there is a demand to reduce the cost of test. “As complexity of integrated circuits increases, chips get bigger and transistors get smaller. Everyone's trying to make the semiconductor industry follow Moore's Law. And so, if you don't do anything and you just continue use the existing test solutions, the cost of tests per part is going to go up massively,” said Leigh.

Of course, for a company that creates integrated circuits for testing of integrated circuits, there is an obvious problem: who tests the testers? For ElevATE, validation of the test equipment is an important consideration. There is a general rule of thumb in all physics-based testing methodologies that the accuracy and precision of test equipment must be at least an order of magnitude greater than the subjects being tested.

“In the test industry, we design for the same reason that customers want six, seven or eight sigma. The test industry has to then exceed whatever those requirements are to be able to test for that. Qualification is a huge part of that, and being able to maintain that quality over a long life cycle is hugely important because products have a well-defined life cycle. They need to be tested over that life cycle, and no one wants to bring in a new tester and redo the qualification midway through a product cycle,” said Leigh. “Verification as a whole is a huge part of product design these days. In some areas, verification will be a majority of the budget—more than actual design.”

For consumers, the growing complexity of chips is not often felt on the bottom line. Even as our computing technology has advanced, the cost of electronics has plummeted thanks to the global supply chain and advanced manufacturing technology. However, the recent semiconductor shortage is one time when the cost of complexity is actually being felt by the consumer.

“Yes, the overall cost of the tester is a huge part of the ecosystem of an IC for any semiconductor company,” said Leigh. “For a small fabless semiconductor company, they're going to make decisions like, ‘Do we buy a tester? Do we outsource a test? If we buy a tester, how long can we use it? What are we amortizing it over?’ It's a huge upfront cost for them. One thing we try to help tester companies with is to solve the overall system challenges. And that's why we like to talk to tester companies very early in their design process, because if you're in there early then you can create new ways of looking at the overall architecture. We can say, ‘a lot of your cost is actually coming from over here, and you may not have thought of this, but we could solve that problem for you inside our chip.’"

As semiconductors work to battle the shortage, the relentless pace of Moore’s law, and aggressive global competition, vendors like ElevATE must provide innovative solutions to provide value to the test process. For Leigh, the chief ingredient in innovation is time. Engineering.com asked, what should engineers developing test equipment know before they approach a vendor like ElevATE for help with a complex problem?

“It’s like any engineering problem,” said Leigh. “The best results come from an open mind, and the sooner you do that in the process, the better. If a customer has already decided what the solution is, they may miss out on a better solution. And so, if they come to us earlier in the process, before decisions are made and locked in, then we can help them with those decisions.”

The semiconductor industry is a unique subset of engineering, where “roll up the sleeves” production people work closely with physicists and materials scientists. It’s a challenging product, both to develop and to mass-produce and people are passionate in the field, and Simon Leigh is no exception.

“Though we might be a smaller IC company in overall size compared to large players in the space, we are fast, innovative and flexible as we work with our customers, not in lieu of them. They may not be aware of how to use the chips in every situation, or they may have had bad experiences with other, bigger companies who are not as passionate about test as we are. Companies that aren't as willing to innovate. So as a company with a core competency in test, we're excited to solve those problems. The best thing they can know is that we are excited, that we want to solve those problems.”